Have you already seen deer who bow to people in Nara park?

One of the most interesting aspects of visiting Nara Park is the large amount of deer (about 1,200 deers) that can usually be found roaming around the area. These deer are generally accustomed to interacting with humans and often bask in the attention of tourists. They are protected by the local government and are considered sacred in connection with the nearby Kasuga Shrine.

If one so desires, special rice crackers can be bought from local vendors in the park that can be fed to the deer. When feeding the deer, you may need an escape plan as they are known to get pretty aggressive in their pursuit of food, with stories of them taking bites out of clothing or bags not all too rare. Some deer have apparently even learned how to bow to people.

Why Nara deer are considered as scared animals?

The story of how the deer of Nara became a sacred animal hearkens back to the Nara Period (710-794 CE) when the capital of Japanese civilization was established in the area of Nara City. At that time, divine protection was being sought for the new capital and the mighty lightning god, Takemikazuchi, of the Kashima Shrine (located in what is now Ibaraki Prefecture), was beseeched for aid. Takemikazuchi, heeding the call, left the Kashima Shrine and rode into Nara on the back of a great white deer, taking up new residence in the Kasuga Shrine. Ever since that time, the god has provided protection and the deer living in the area have been considered sacred in reverence to Takemikazuchi and his deer. In times past, the punishment for killing a sacred deer of Nara was death.

Nowadays, the deer coexist with humans

Nowadays, the deer coexist with humans along a broad swath near the mountains in the western part of Nara City. To find them, it is usually a short walk up the street from Nara Kintestu Station towards the Nara Park area. The deer can also be found in a variety of other spots including the grounds of Todai-ji Temple, within the old and beautiful Kasuga Primeval Forest or perhaps relaxing in the long grasses of Mount Wakakusa. Coming to Nara City to see the sacred deer is definitely a worthwhile trip to make as they truly add an almost magical feel to the place and are very much an example of the rich and living history of Nara the can be appreciated by all who come to visit.

Hello, my name is Nathan. I’m an American who is now living in Japan. In my free time, I enjoy exploring the mountains and rural areas of Nara. I hope to use the knowledge I have gained from my own exploration of Nara to introduce others to some great places in the prefecture. 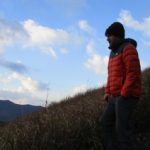