The world is exciting and beautiful precisely because of the different beliefs. This is the understanding of the Kegon school. 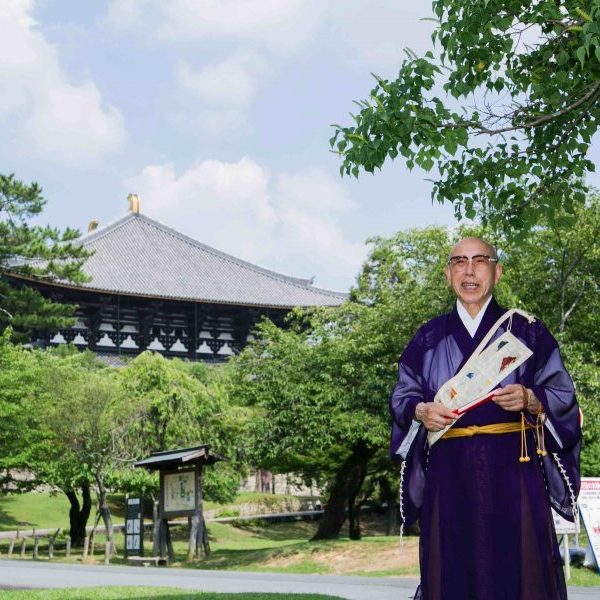 Why did a priest of Todaiji Temple choose to learn about Islam?

Elder Morimoto entered Kyoto University in 1953. The global balance was unstable so soon after World War II, and many among the intellectual elite questioned and spoke out against religion, a trend represented by Marx’s statement that “Religion is the opiate of the masses”. Meanwhile, people around the world were beginning to embrace Islam and the religion was exhibiting great vitality. Why was that? “I thought that studying a contrary belief system would help me find the purpose of Buddhism in modern society. This is why I began to study Islam.”
Elder Morimoto later became known as a scholar of Islam, giving lectures throughout the world and giving tours of Todaiji Temple to foreign dignitaries. “You cannot expect to be understood by only speaking according to your own world view. You must think from the other person’s perspective and include their world view, and then they will be able to understand you. You must approach them one step at a time.” This is the same in the world of politics. Rather than a single political party, there can be parties with completely different ideas. “It would be boring if everyone was a copy of each other. The world is exciting and beautiful precisely because everyone has different beliefs.” Todaiji Temple is the head temple of the Kegon school, one of the schools of Buddhism. “This is the understanding of the Kegon school.”

The Shuni-e ritual, held for over 1,260 years, expresses the prayer behind the shape of the Great Buddha.

The Shuni-e ritual began in 752, the year that the Great Buddha was completed in what is called the eye-opening ceremony. Why did Emperor Shomu, the greatest sovereign at the time, decide to have the Great Buddha built? Japan was faced at the time with famine, earthquakes, and the spread of infectious disease. The people suffered greatly, and existing law could not save them. Emperor Shomu asked himself how he could save the people, and he studied the teachings of Buddhist Philosophy to find the answer. There is a teaching in Buddhism that one should draw closer to the other person when considering things. Accordingly, Emperor Shomu spoke from the people’s perspective and said “I take full responsibility”, rather than speaking down to them. Then, as a symbol for healing the tired spirits of the people, he built statues of Gautama Buddha in 60 temples, one in each province, and assigned 20 priests to each temple to preach to the people. “That meant there was a demand for over 1,200 priests at the provincial temples throughout Japan. Todaiji Temple became the place where those priests were educated. Buddha Vairocana symbolizes a prayer for the prosperity of all living things. Whereas the Great Buddha represents the “form” of the prayer, the Shuni-e ritual represents a memorial service carried out by the priests.” Humans tend to commit offenses. It is the priest’s job to repent for those offenses through the Shuni-e ritual and pray for the people’s happiness.

The role of priests at Todaiji Temple is to study how to save people from suffering, and communicate true intent.

Participation in the Shuni-e ritual is also one of their roles. Finally, in addition to carrying on the traditions of the past, they must also give Buddhism a purpose in modern society. “Todaiji Temple began as a temple of learning. Here the learning is not just about the past, but also to leverage the learning of today to save people. This is one of our missions. My hope is that we can speak candidly about these Buddhist beliefs not only to the Japanese people but to people throughout the world.” Rather than seeing only the shape of the Great Buddha, understand the true intent behind it. For example, “The famed Greek sculpture Venus de Milo is said to give form to the Greek ideal of beauty. Meanwhile, the Great Buddha gives form to the moment that Gautama Buddha became enlightened. Buddhist sculptors who created that form first mastered their understanding of the feelings of Gautama Buddha. Thus, I hope that visitors to Todaiji Temple can look beyond the surface form and gain a sense of the prayers of Gautama Buddha.” 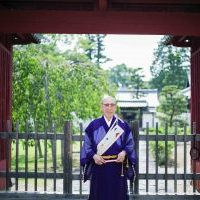